During the course of an audit, ICAO can identify what is referred to as a ‘Significant Safety Concern’ with respect to the ability of the audited State to properly oversee airlines (air operators)under its jurisdiction.

A significant safety concern (SSC) does not necessarily indicate a particular safety deficiency in the air navigation service providers, airlines (air operators), aircraft or aerodrome; but, rather, indicates that the State is not providing sufficient safety oversight to ensure the effective implementation of applicable ICAO Standards.

Two SSC were identified at the occasion of the most recent audit of Kyrgyzstan, in 2016, which resulted in substantial  international cooperation efforts. These were undertaken within the framework of No Country Left Behind (NCLB) initiative in the EUR/NAT Region and ultimately resulted in the Republic of Kyrgyzstan resolving these SSC, which pertained to air operator certification and continuous oversight.

This significant result is an outcome of three years of extensive work led by the ICAO EUR/NAT Regional Office  and undertaken through the framework of the tailored plan of actions (TPA) which was endorsed by the State and implemented through a regional Technical Assistance project.

This project started in February 2017, with the visit of experts from the ICAO EUR/NAT Regional Office to Kyrgyzstan, and was finalized in May 2019 following the SSC resolution. 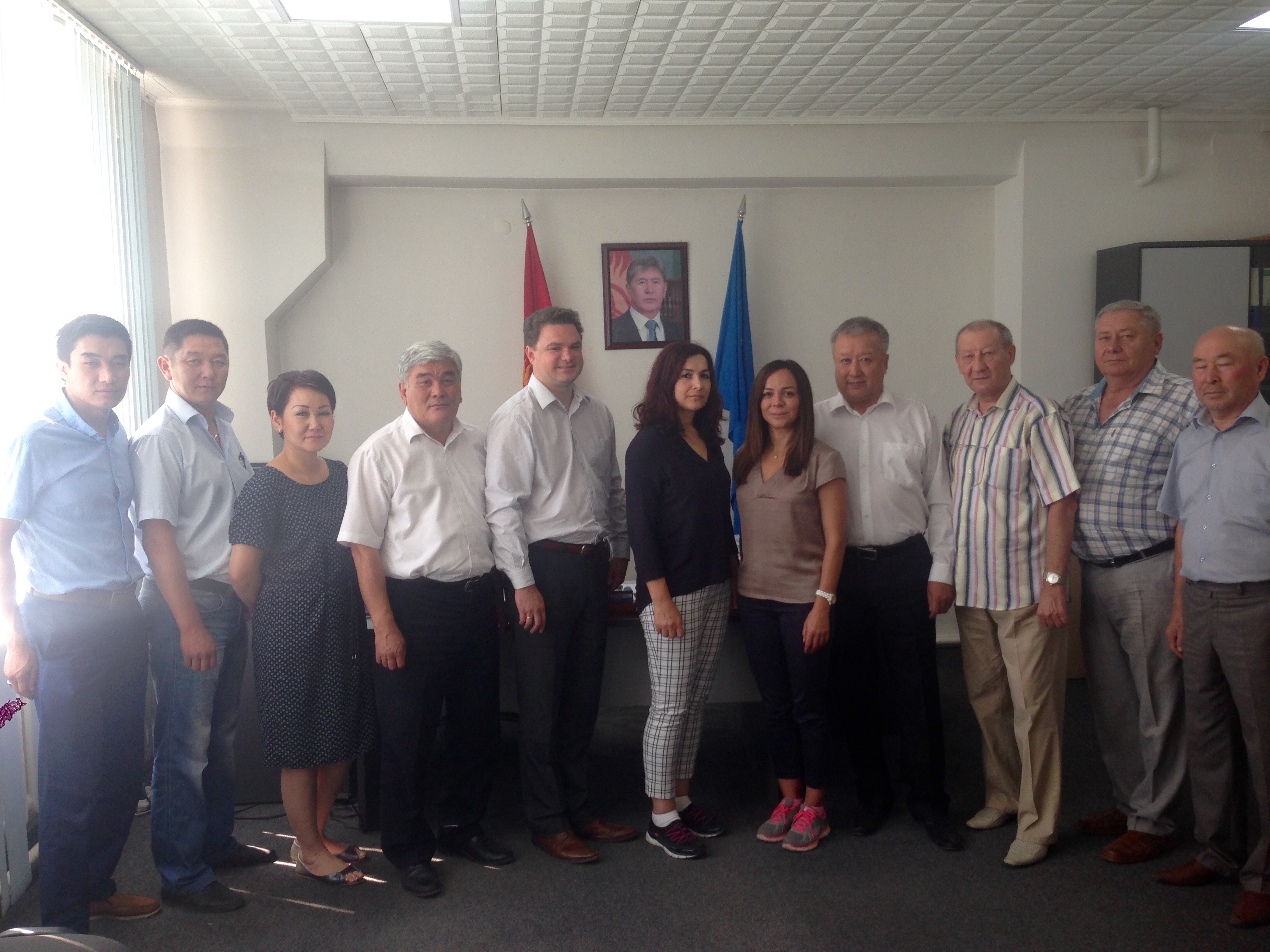 During this time, a total of 11 missions were undertaken to the Kyrgyz Republic. These involved experts from both the ICAO EUR/NAT Office (including the Regional Director) and other Member States.

The President of the ICAO Council, Dr. Olumuyiwa Benard Aliu, also visited the State in May 2017, delivering important aviation safety and sustainability messages during a series of high-level meetings. Visiting Bishkek at the invitation of the Kyrgyzstan Government, and accompanied by the ICAO EUR/NAT Regional Director, President Aliu met with the Prime Minister of Kyrgyzstan and the Chief of Cabinet of the President of the Kyrgyz Republic to advocate for aviation safety and sustainability. 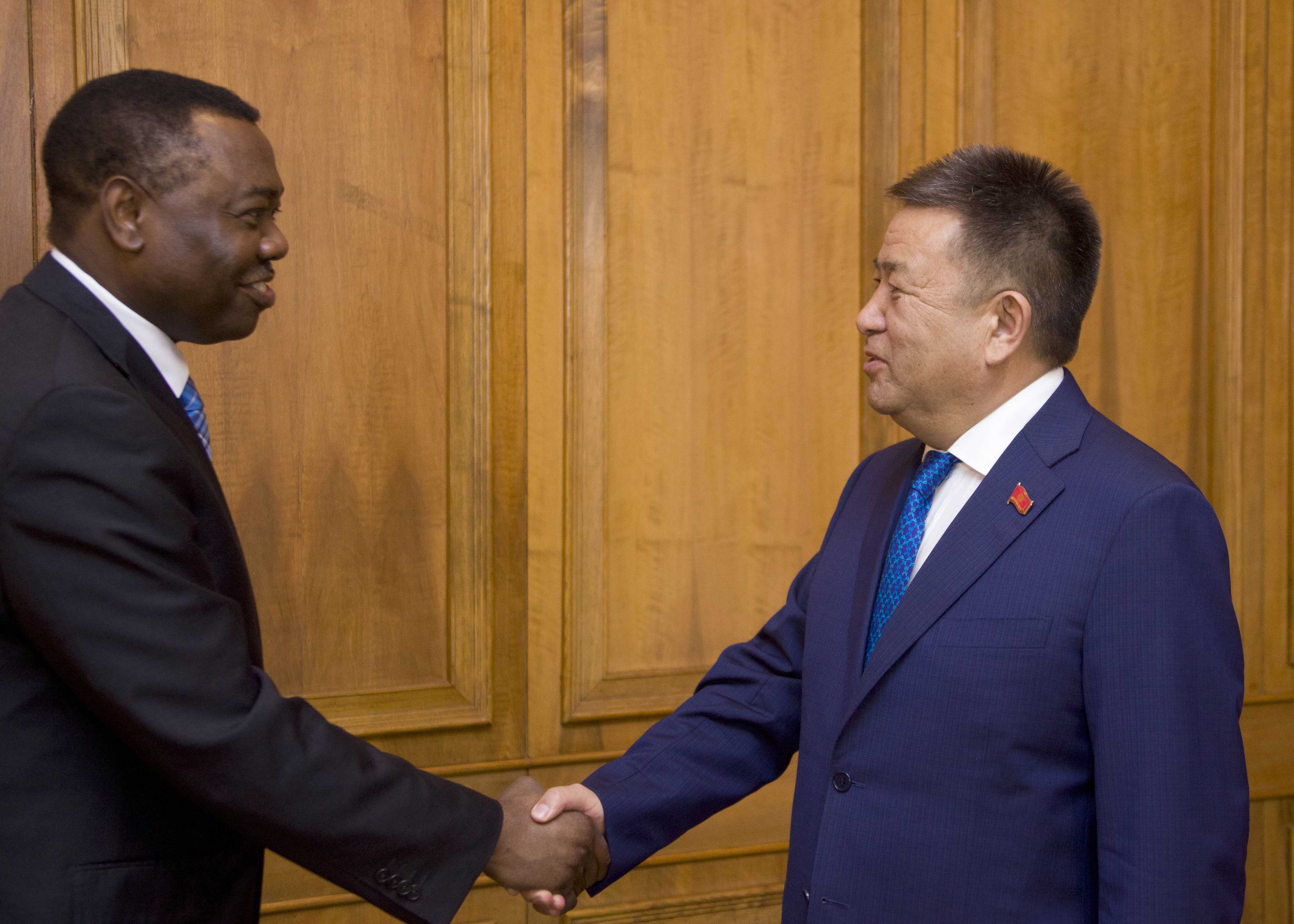 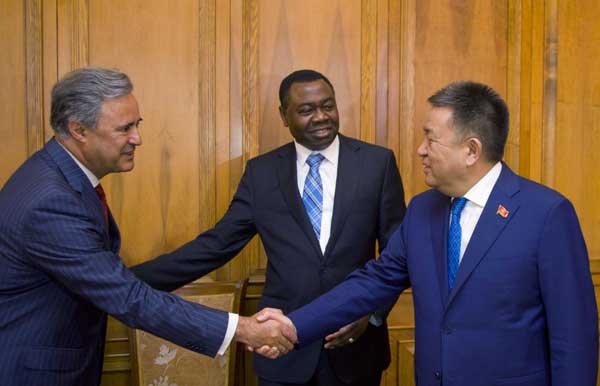 During its visit to Kyrgyzstan,  Dr. Aliu, President of the Council of ICAO, and Mr. Luis Fonseca de Almeida, previous Regional Dirctor of ICAO EUR/NAT Office,  met with the Toraga (Speaker) of the Jogorku Kenesh (Parliament) Chynybay Tursunbekov, 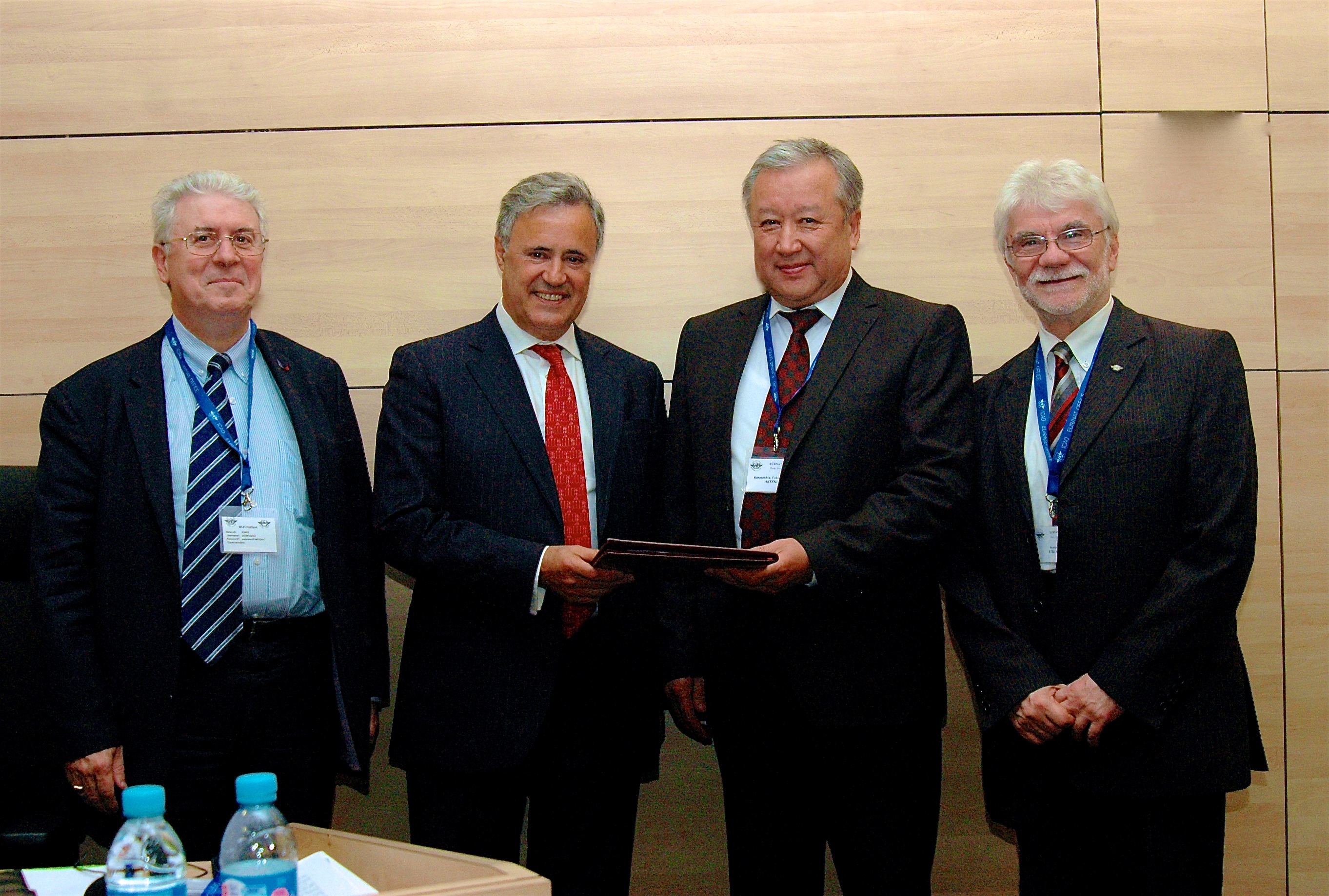 Furthermore, at the World Economic Forum in Davos, in January 2018, ICAO’s Secretary General Dr. Fang Liu met with the Prime Minister of Kyrgyzstan to discuss the reforms that had been made by his government in the area of civil aviation. 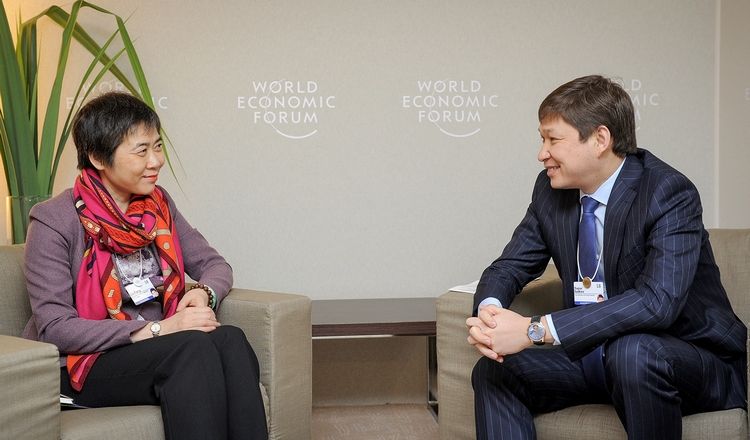 Indeed, throughout the three year period of the project, substantial changes were made to the aviation legislative framework of the Kyrgyz Republic. The Civil Aviation Authority (CAA) also received additional funding for its activities, and was able to recruit new inspectors.

Improvements were made to the Inspector’s guidance material (handbooks), which was enriched significantly. Fifteen CAA inspectors in the areas of personnel licensing, air operator certification and airworthiness received theoretical and on-the-job training.

This success is the result of an international effort led by ICAO (at global and regional levels), and supported by donor States and training organizations.

In this regard ICAO would like to acknowledge Georgia, Turkey, Ukraine, and the United States, who released their national experts to perform onsite trainings and review the inspector’s handbooks. ICAO would also like to express its gratitude to Ecole Nationale de l’Aviation Civile (ENAC), France;  Civil Aviation Authority International (CAAI), UK;  and the Singapore Civil Aviation Academy. These renown training organizations, offered gratis attendance at their respective training courses for the Kyrgyzstan CAA inspectorate staff. ICAO also acknowledges the support provided by international and regional organizations, such as IATA and Interstate Aviation Committee (IAC).

Certain activities were performed in cooperation and collaboration with EASA through the EU-funded Eastern Partnership / Central Asia project.

In sum, this Kyrgyzstan regional technical assistance project, collaboratively funded though in-kind contributions from donor States, the Aviation Safety Implementation Assistance Partnership (ASIAP) program, State voluntary contributions to the ICAO Safety Fund (SAFE), and the ICAO regular budget, resulted in resolution of 2 Significant Safety Concerns: 1 in personnel licensing and 1 in aircraft operations. The State’s Effective Implementation (a common metric used when referring to States’ safety oversight system) has increased from 65% to around 72% in personnel licensing and aircraft operations.

The next step will be to further improve the Kyrgyzstan civil aviation safety oversight system to enable the gradual removal of Kyrgyzstan’s air operators from the European Union’s Air Safety List.

If ICAO identifies a Significant Safety Concern during the course of an audit, does it mean that it is unsafe to fly to that country? Or to fly with an airline from that State?

The identification of a Significant Safety Concern does not necessarily indicate a particular safety deficiency but, rather, indicates that the State is not providing sufficient oversight to ensure the effective implementation of all applicable ICAO Standards. It is important to emphasize that ICAO does not directly audit the aviation industry or aviation service providers. ICAO audits focus on the safety oversight capability of the designated governmental authority responsible for civil aviation. For more specific information on the safety of the various components of the State’s aviation system (ie the airlines, airports, aircraft or air navigation service providers), the public should refer to applicable travel advisories as may be issued by national or regional authorities.